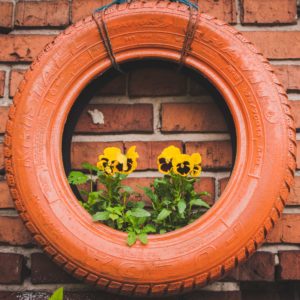 Amendment periods can work for or against you, depending on who wants to change what and when. It might be you because you made a costly mistake. Or it might be the Commissioner hitting you with a high tax bill.

Tax assessments are not set in stone. They can be amended. By the Commissioner as well as you as the taxpayer. If and when and how depends on the why. s170 ITAA36 lists a long list of if and when scenarios, but here is the framework.

Individuals start with an amendment period of two years – two years after the date of the original assessment (notice of assessment). For two years you can go back and change anything you think needs changing – no questions asked.

If you run a business and that business is not a small business entity as per Div 328 ITAA97, the amendment period changes to 4 years. You might run the business as a sole trader, a partner in a partnership or as a beneficiary of a trust. Either way it is the size of the business that matters here, not its legal status.

For individuals it is two years,
but changes to four if you are too big.

Amendment Periods for Companies and Trusts

It starts with four years. But…

For companies and trusts it is four years,
but changes to two if you are too small.

The amendment period will change to four years for taxpayers who have entered into a scheme or arrangement in which the sole or predominant purpose was to obtain an income tax benefit (ie in situations where the Commissioner applies Part IVA of ITAA36).

The Commissioner can extend the general amendment period of two or four years for a defined period when:

At any time before the end of the amendment time limit, applies to the Federal Court of Australia for an order extending the time limit.

At any time before the end of the amendment time limit, seeks the taxpayer’s consent to extend the time limit and the taxpayer agrees to do so.

Where the taxpayer lodges a private ruling application at any time before the end of the amendment time limit, the Commissioner may extend the time limit to give effect to the ruling.

Why on earth would a taxpayer agree to an extension? From a tactical perspective, it may seem unwise for a taxpayer to agree to an amendment request from the Commissioner.

The practical reality however is that if the taxpayer refuses, the Commissioner will most likely issue an amended assessment based on the information available to the Commissioner at that time.

And that premature amended assessment will probably result in a higher tax bill than if the review or audit had run its full course. Once the taxpayer receives the amended assessment, there is just one way to go: objection and then possibly an appeal.

So it might be better to just give the Commissioner more time to work things out. Doing that might de-escalate the situation and save having to go down the objection and appeal route.

Amendments Outside the Amendment Period

Past the amendment period it is not possible for the Commissioner to amend an assessment.

If the taxpayer wishes to amend an assessment outside of the amendment period, the taxpayer can request permission to amend late or lodge an objection against the assessment with the Commissioner.

Despite the above, certain scenarios have an infinite amendment period. Infinite means that it never stops.

There is a wide net of scenarios where this happens.

The best known one is where the Commissioner is of the opinion that there has been fraud or evasion. With fraud and evasion, there is no time limit.

In ITAA97, there is a lot more. There is an infinite amendment period for the deduction of interest or royalty that triggered withholding tax (s26-25 (3) ITAA97). The same applies to rights that become rights to acquire shares (section 83A-340) and the forfeiture of employee share scheme interests acquired under an employee share scheme (s83A-310 ITAA97).

And then there are various scenarios around CGT where the time of a CGT depends on the contract date (Div 104 ITAA97), where an option is exercise with an exception to CGT event D2 (s104-40(5)) and where capital proceeds are not received or are required to be repaid (s116-45 and 116-50 ITAA97). With all these you also have an infinite amendment period.

Division 155 of Schedule 1 to the TAA sets out the relevant laws for the amendment of indirect tax assessments. The application of Div 155 is limited to GST, wine equalisation tax, luxury car tax, mineral resources rent tax, fuel taxes and any credits for these taxes.

The relevant amendment periods for an indirect tax assessment is set out under s 155-35 of Schedule 1 TAA. It is four years from the assessment’s date of issue.

The Commissioner can achieve an extension by applying to the Federal Court or by receiving the taxpayer’s consent.

The amendment time limits do not apply to fraud or evasion or when the Commissioner applies certain anti-avoidance provisions.