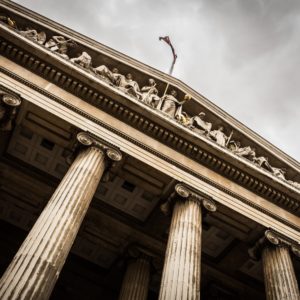 Ryan Wealth v Baumgartner is the latest calamity in the new practice of trustees getting their SMSF auditor to pay for dumb investment decisisions.

It starts when Trudy Crittle’s marriage breaks apart. And she receives over $7m from her family law settlement in 2006.

But Trudy has little idea what to do with all this money. She asks her lawyer Mr Hill. And he recommends Mr Moylan, who is a close business associate of him. And a financial adviser.

So Trudy goes off to see Mr Moylan from Moylan Retirement Solutions.  He must have been very convincing, since she will follow his financial advice to a t.

An SMSF is established with a corporate trustee, Ryan Wealth Holdings Pty Ltd, of which Trudy is the sole diretor.  And Trudy transfers well over $7m into her SMSF.

Those were happy days when you could still do that. Before the super reform put an end to large contributions like this.

So the SMSF now has $7m sitting in the bank, but not for long. Mr Moylan knows what to do with the money. He will basically give it all to himself and his friend Mr Hill.

And all of these are connected to Mr Moylan and Mr Hill. The entities receiving the loans run land development ventures with the two men heavily involved.  Does Trudy know that? Did she ask any questions to understand where her money is going?

So here is the list of unsecured loans Trudy’s SMSF agrees to make. We just give you rough numbers, since the balance of the loan facilities fluctuate in time.

The SMSF lends $2.17 million to River Island Property Holdings for developments in Clarence Town and Wallalong.

Lends $2.5 million to Pacific General Securities for the construction of residential lots at Muswellbrook, Singleton, Tamworth and Bellbird.

Pays $616,795 to L & V Tomkins to provide capital as a means of satisfying debts incurred in the operation of L & V Tomkins and related entities.

And finally invests $100,000 on 3 July 2006 in the Limeburners Creek Unit Trust. The Limeburners Trust had made significant loans to River Island and MCD Holdings.

So within a few short months in 2006, all the money went through Mr Mylan’s hands and was gone. But Trudy doesn’t know that yet.

Mr Moylan didn’t just act as Trudy’s financial adviser. He also acted as the accountant and tax agent for her SMSF from 2006 onwards. He did this through his company Moylan Business Solutions Pty Ltd (“MBS”).

And in addition to all this, Mr Moylan was also the auditor for Trudy’s SMSF for the year ending on 30 June 2006. So the year the loans were made and all this happened.

In 2007 the SMSF appointed a new SMSF auditor. We don’t know who initiated this change. Maybe Moylan got cold feed. Maybe Trudy sensed something was wrong. Either way it would give her somebody else to blame later on.

And so in comes the new SMSF auditor – David Keith Baumgartner as a partner of Baumgartner Partners in Melbourne. David audits the fund for the financial years ending 2007 to 2009. And unfortunately doesn’t realise what he is up against. Doesn’t qualify his audit opinion. And doesn’t mention the issue to Trudy in his management letter.

But maybe he sensed something is wrong. Because from 2010 onwards he no longer audits the fund. David Baumgartner leaves and is out. Or so he thought.

Trouble On the Horizon

So the years go by. Mr Moylan probably gave Trudy glowing updates of her terrific investments over these years. Accompanied by a bill for his services.

But then from 2012 to 2014 persons and entities associated with the property ventures, loans and investments start being placed into bankruptcy or liquidation.

And then in early 2013, the professional indemnity policies of insurance formerly held by Moylan Retirement Solutions lapses. So Mr Moylan no longer has any insurance.

A few months later, in mid-2013, Trudy receives a letter from a unit holder in the Limeburners Trust. The letter expresses concerns about the financial position of the trust and its assets.

And proposes that an independent forensic accountant be appointed to investigate the affairs of the trust. So this what Trudy does.

Trudy engages Ms Joanne Phillips as her forensic accountant and RBHM Commercial Lawyers as her solicitors to assist in the recovery of her funds.

The trio intiates legal action against the few entities and guarantors that are still solvent as well as third parties.

So adding all this up, it falls far short of the sums Trudy had originally invested. So she looks for other ways to recover her money.

Mr Moylan and his accounting firm MBS had prepared the financial reports of the SMSF for each of the financial years ending 2006 to 2009. But they no longer had any insurance. So they were not a lucrative target to go for.

But there still was the SMSF auditor, David Keith Baumgarnter. David as part of Baumgartner Partners had audited the fund for the financial years ending 2007 to 2009. He has insurance. So Trudy and her solicitors go for David and argue that Trudy would have lossed less money if David had done his job properly.

Baumgartner Partners try to defend themselves. They point to Mr Moylan and his accounting firm MBS. MBS prepared the financial reports. Mr Moylan would have known that these did not fairly present the financial position of the SMSF. He knew that the loans were in default and had not been serviced or repaid. That MBS used an inappropriate valuation method in the special purpose financial reports. MBS owed Trudy and her SMSF a duty of care, which they breached.

However, Justice Michael Walton found that Baumgartner Partners could have mitigated the loss, just as Trudy claimed.

The SMSF auditors should have recognised that the loans and investments had been made to entities connected with Mr Moylan and were high-risk. That it might all go wrong. They were aware that the pension from the super fund was Trudy’s only source of income. And they had apparently admitted in court that they shouldn’t have issued an unqualified audit opinion when they did.

Justice Walton stated that while MBS may have had a duty to communicate matters to Trudy, the terms of the MBS retainers were not before the court to draw any particular conclusions in that respect.

Justice Walton accepted Trudy’s claim that Baumgartner Partners were to blame more than the accountants. That had they done their role competently, she would have realised what was going on.

And so the court determined that Trudy through her SMSF should be awarded damages from the defendants for a sum of $2,260,140 exclusive of any claim for interest from 31 August 2017.

So this is the story of Ryan Wealth v Baumgartner. But let’s just do a quick pretend game. Imagine it hadn’t been Moylan’s insurance that had lapsed, but Baumgartners Partners. Who do you think Trudy would have dragged in front of the NSW Supreme Court in that scenario?

Super is Not Part of Your Estate