48 | Super is Not Part of Your Estate 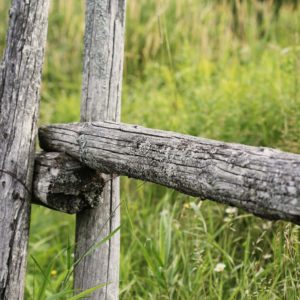 48 | Super is Not Part of Your Estate

Super is not part of your estate. And since it isn’t, it is not subject to the terms of your will either.

Super is Not Part of Your Estate

Here is a story to show you what happens when you got your estate planning all under control, but not your SMSF succession. Here is what happened to David Mandie, his estate and his super.

Mandie’s story is part of the court case Stock (as Executor of the Will of Mandie, Deceased) v N.M. Superannuation Proprietary Limited [2015] FCA 612. In this case the Federal Court confirmed that super is not part of an estate, Mandie’s estate in this case. But here is what happened. Here is Mandie’s story.

David Mandie was a wealthy man. These stories always start with wealth. Nothing to fight about when a pauper dies.

David had three children with his wife Minnie: Ian, Stephen and Evelyn. Evelyn was the good kid. The two sons not so.

David was very wealthy, but there had been regular fights with Ian and Stephen over how to distribute this wealth. The point in question was how much Ian and Stephen had contributed to the business and hence David’s wealth.

In 1995 David and Minnie reached a settlement with Ian and Stephen. A term of the settlement agreement was that neither Ian nor Stephen “have any further rights against [their parents] or their respective estates…”.

And then Minnie and David died. David died in 2011 and Minnie some time before that.

At the time of his death, David was estimated by the BRW Rich 200 list to be worth $289 million. His death made the national papers, and the Richmond Football Club lost their number 1 ticket holder.

David had made a will that gave his estate to his daughter Evelyn. His will explained in detail why Ian and Stephen had been excluded as beneficiaries. So he passed unreconciled with his sons.

Evelyn was one of the executors of David’s estate. Ian and Stephen of course weren’t.

For his SMSF David had made a binding death benefit nomination naming Minnie as beneficiary. But Minnie was already dead by then.

David had not updated the nomination after Minnie’s death. He had not nominated anybody else in addition to Minnie. So the fund had no valid binding death benefit nomination at time of David’s death. So this is where the trouble starts.

But the big question was now what was part of the will and hence went into David’s estate. And what didn’t. And the point of contention of course was David’s SMSF. Since Minnie had predeceased David, the binding death benefit nomination to Minnie was invalid.

Under the terms of the super fund’s trust deed, if there was no valid binding death benefit nomination at the date of death, the trustees had the discretion to pay the member’s death benefits to either his dependants or his legal personal representative (his executors).

The trustees had therefore decided to distribute the death benefits equally between Ian, Stephen and Evelyn.

Evelyn didn’t like that and so she fought… and lost. The Superannuation Complaints Tribunal (‘SCT’) upheld the trustees’ decision.

In reviewing the trustees’ decision, the SCT determined that a superannuation fund trustee is not bound to follow the directions of a will, because superannuation is not an asset of the estate.

It is not the role of a super fund trustee to resolve any real or perceived issues relating to a deceased member’s estate by payment of death benefits. So they don’t need to look to what has occurred under the deceased’s will when deciding where to send the benefits.

In general, a super fund trustee does not pay death benefits to the estate of a deceased member unless there are no dependants or there is a valid binding death benefits nomination in favour of the estate/

So the SCT affirmed the decision of the trustees of David’s super fund.

Evelyn didn’t like that and so in 2015 she appealed the decision by the SCT. She went to the Federal Court and….lost again.

Evelyn argued in the Federal Court that the 1995 settlement agreement prevented her brothers from benefiting from her father’s estate. And so the death benefits should be paid to her as her father’s legal personal representative (i.e. executor).

The Federal Court of Australia agreed with the SCT and denied the appeal by the executors of the estate. In dismissing the appeal, the court found “it was not unreasonable for the Trustee to follow its general practice in the circumstances of the present case”.

Moral of the Story

So the moral of the story is: If there is potential dispute in your family – and in very few families there isn’t – have up-to-date and valid binding death benefit nominations.

Your super doesn’t form part of your estate and hence does not follow the terms of your will.

When a Member Dies

49 | Joint Tenants or Tenants in Common
Scroll to top