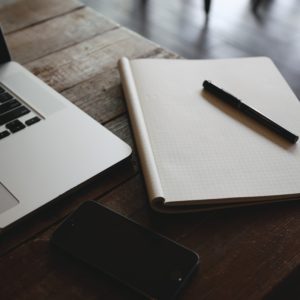 A Div 7A UPE can result in a huge tax bill.  UPE stands for unpaid present entitlement.

Subdivision EA of Div 7A ITAA97 moves this scenario into Div 7A territory.

Two things need to be present for a Div 7A issue to arise. There are two triggers.

The first one is that the private company has an unpaid present entitlement against the trust.

All this will change once the targeted amendments to Div 7A pass both houses of parliament. But at the moment there is just a consultation paper out, not even a draft bill. The amendments are due to apply from 1 July 2020. So from now until then the current approach applies, which we outline here.

It doesn’t matter whether the company has an unpaid entitlement at the time of the loan, payment or debt forgiveness.

What matters is whether the company has an unpaid entitlement at the due or lodgement date of the income tax return for the year the loan, payment or debt forgiveness took place.

The relevant date is the earlier of the due date and actual date of lodgment of the trust income tax return. And it is for the year of income in which the loan, payment or debt forgiveness took place.

When a payment, loan or forgiveness is subject to Subdiv EA, you treat the amount as a payment of the UPE owed at the time to that extent. And you then take the payment to be a dividend by the relevant company.

An unpaid present entitlement (UPE), payable by the trustee of a trust in favour of a corporate beneficiary, but in fact retained in the trust and intermingled with other trust property, can constitute an ordinary loan to the trustee of the trust.

PS LA 2010/4 sets out the circumstances in which the Commissioner will accept that the UPE does not constitute a loan or a deemed loan for Div 7A purposes.

In relation to deemed loans, to avoid Div 7A the trust must hold the UPE on a sub trust for the sole benefit of the corporate beneficiary.

The practice statement sets our various options. Any one of these options will, if adopted, satisfy the Commissioner that the UPE is in a sub trust for the sole benefit of the corporate beneficiary.

Where the terms of PS LA 2010/4 have been complied with, the trustee will not be deemed to have derived a dividend for Div 7A purposes.

However, in these circumstances, the Commissioner says that Subdiv EA can potentially still apply. The Commissioner outlines this view in more detail in PS LA 2010/4.

In PS LA 2010/4 the Commissioner asks how safe a UPE placed in a sub-trust is from Div 7A.

Can Subdivision EA of Division 7A apply if the UPE is placed on sub-trust for the sole benefit of the private company beneficiary?

And then answers this question in the affirmative in paragraphs 111 and 112.

111. Yes, Subdivision EA of Division 7A can still apply, because the private company’s equitable right to call for the payment of the UPE still exists notwithstanding that the UPE has been placed on sub-trust and invested back into the main trust.

112. For example, if funds representing a UPE are placed on sub-trust and the trustee of the sub-trust invests that amount back into the main trust using Option 1 and then the trustee of the main trust makes a loan or payment to an individual shareholder of the private company, Subdivision EA can apply. If Subdivision EA applies then the amount paid or lent to the individual private company shareholder could be treated as an assessable dividend paid to that individual.

A deemed dividend will not arise under Subdiv EA under two scenarios. The shareholder or the shareholder’s associate either pays the loan back to the trustee of the trust.

Or, alternatively, the trustee documents the loan in accordance with the terms of s 109N.  The documentation must include meeting the minimum interest rate and maximum term conditions.

To avoid Div 7A the payment or documentation must happen before a certain date. This date is the earlier of the due date or actual date of lodgment of the company’s income tax return.

Section 109XA ITAA36 can apply to payments made by a trust but only where they relate to unrealised gains.

This recognises that while all payments of profits by a company are typically dividends, trusts are flow-through entities. So the beneficiaries or the trustee pay tax on the income of the trust whether or not a distribution actually takes place. This should therefore not impact a normal payment of the otherwise non-taxable amounts by a trust.

For this reason, Subdiv EA focuses only on payments to the extent that they are attributed unrealised gains.

Division 7A also applies if a trust forgives a debt pursuant to s 109XA(3). This is where a trust has an unpaid present entitlement to a company. And the trust forgives all or part of the debt owed by a shareholder or associate of a private company.

Tax Laws Amendment (2010 Measures No.2) Act 2010 extends the operation of provisions relating to trusts with unpaid present entitlements to include arrangements that involve the interposition of one or more entities.

These provisions are complex. For more details please read “Amendments to Division 7A”, (2010) 44(8) Taxation in Australia by P Dowd.

Targeted Amdendments to Div 7A

The targeted amendments to Div 7A will bring UPEs directly into the scope of Div 7A. The current detour via TR 2010/3 and PS LA 2010/4 will then no longer be necessary.

The targeted amendments are to apply from 1 July 2019 but have not yet resulted in draft legislation. Treasury issued a consultation paper on 22 October 2018 but that consultation period has now closed.