90 | Legal Structure For a Charity 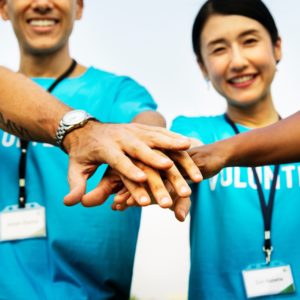 90 | Legal Structure For a Charity

The legal structure for a charity in Australia entails a long list of options.

Legal Structure For a Charity

Australia has around 60,000 charities registered with the ACNC.

We are not lawyers.
So please just read this for entertainment and amusement.

The national regulator of registered charities is the Australian Charities and Not-for-profits Commission (ACNC). Their website is helpful with a wealth of information.  The following is a first short overview to get you started.

The first option is to just act in your own name. To just run the charity as an unincorporated association. To not go for a separate legal entity.
This is what most charities do. The majority of non-profit organisations in Australia are unincorporated associations.
When you choose this structure, you or other members are personally responsible for the actions or debts of the association.
The association itself has no separate legal identity. So when a contract needs signing, it is you signing in your own name. Or another member – whoever picks up the pen and signs. And whoever signs is party to that contract.

The third option is to go for a company limited by guarantee. This is a popular choice after an unincorporated association.
The members specify an amount they are willing to contribute to the property of the company on its winding up and this will determine or limit their liability. It is like a guarantee. Hence the name.
A company limited by guarantee is a separate legal entity, so it can lease or own property, enter into contracts and go to court. And so it can operate anywhere without being tied to its home state or territory.
It is a special form of a public company, only available for non-profit organisations, subject to the Corporations Act 2001 (Cth).
And so you have to deal with ASIC that administers companies. ASIC stands for Australian Securities and Investments Commission.

The fourth option before we move into trust territory is a cooperative. Cooperative members democratically own and control the cooperative.
Cooperatives are usually non-profit but can carry out some for-profit ventures. If their constitution allows it, they can even distribute profits to their members.
State or territory legislation as well as the Registrar of Cooperatives in the relevant state administer cooperatives with similar but not identical rules from state to state or territory.

Everything that follows now is about different forms of trusts. Trusts are a popular tool in Australia to manage wealth. There are probably close to a million trusts in Australia by now.
For us relevant here are charitable (philanthropic) trusts as well as foundations. You establish such a trust to hold and distribute funds according to the trust’s deed.

Charitable trusts are not established to be the actor on stage, but to be the quiet benefactor behind the scenes. Instead of directly pursuing a cause, they distribute funds in a considered way to enable other organisations to pursue that cause.

Charitable trusts are often set up through a bequest in a will, but do not have to be. They often involve a large amount of money.

The trust starts with an initial corpus of money that may be held in perpetuity. The interest earned on this corpus – be it all or just a certain percentage – is then granted to particular causes or organisations.

A trust’s deed may require that the trust only makes grants to non-profit organisations or to charities. This might be the case to retain tax-exempt status.

Using third party administrators allows charitable trusts to continue in perpetuity beyond the lives of the people who established the trusts.

Instead of establishing a foundation yourself, you can set up a sub-fund in an already established foundation. A foundation offering such sub-funds is a public ancillary trust.

Private ancillary funds (PAFs) continue in perpetuity since managed by corporate trustees. They usually start with a minimum initial donation of $500,000.
And are directed by a specific group or individual, allowing families or private individuals more control over their philanthropy.

There is no specific group or individual directing a public ancillary fund (PuAF). It is a public trust.
PuAFs encourage the public to contribute to the foundation through smaller sub-funds. The creation of a sub-fund allows donations towards the case cause to combine funding to greater effect and avoid the complex process of establishing their own trust or foundation.

When To Lodge a Tax Return

Disclaimer: Tax Talks does not provide specific financial or tax advice in this article. All information on this website is of a general nature only. It might no longer be up to date or correct. You should contact us directly or seek other accredited tax advice when considering whether the information is suitable to your circumstances.

Liability limited by a scheme approved under Professional Standards Legislation.