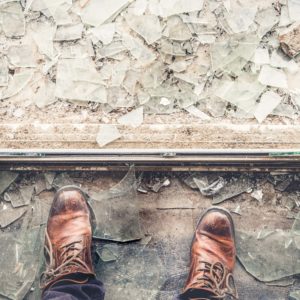 Trust losses are not subject to the Division 35 non-commercial loss rules.  Instead the trust loss provisions in Schedule 2F ITAA36 apply.

Partners in a partnership share partnership losses. Trusts are different. The beneficiaries of a trust do not share trust losses.

Instead, losses incurred by trusts are trapped in the trust. Similar to company losses being trapped in a company. Trust losses are carried forward and may be offset against future trust income if the trust loss provisions allow that.

Before you look at when and how a previous trust loss might be offset against income, you first need to look at how you actually determine this trust loss.

Even though the trust doesn’t pay any tax, it still needs to determine its net income even if that is nil or negative. Net income is the income that gets allocated to the beneficiaries and/or the trustee when greater than zero and included in their assessable income.

Net income is defined in s95.

s95: net income…mean the total assessable income of the trust estate calculated…as if the trustee were a taxpayer in respect of that income and were a resident, less all allowable deductions…except…and then it lists a few items not allowed as a deduction.

s95 doesn’t say outright that you can reduce net income by previous trust losses.  But it says it indirectly.

s95 lists a few items that are not allowed as deduction. But it doesn’t mention trust losses as non-deductible. And that makes trust losses deductible. Yes, it sounds far fetched and it is. But there is more.

Div 266 and 267 contain the trust loss provisions. So another indication that you can deduct losses when meeting these provisions.

So you have determined net income and established that in theory you can deduct trust losses.

The question is now whether and how you actually deduct these losses. And to answer this question, you turn to Schedule 2F.

The trusts loss provisions in Schedule 2F of ITAA36 outline when and how what kind of trusts can deduct what current and prior year losses. The provisions also apply to deductions of bad debts.

Schedule 2F is like an Act within the Act. It has its own divisions, subdivisions and sections. So when we refer here to a division, subdivision or section, we mean the ones within Schedule 2F.

The trust loss provisions in Schedule 2F make references to various kinds of trusts. And each kind of trust has to satisfy certain tests in order to carry forward their losses.

There are fixed trusts (Division 266) where beneficiaries have fixed entitlements to all income and capital.

s272-65: A trust is a fixed trust if persons have fixed entitlements t all of the income and capital of the trust.

And then there are non-fixed trusts (Division 267) where beneficiaries don’t have a fixed entitlement to all income or capital.

Discretionary trusts are a kind of non-fixed trust that has been set up for the benefit of one or more beneficiaries, but the trustee is given full discretion (hence the name) as to when and what funds are given to the beneficiaries.

Family trusts are a kind of discretionary trust that has made a family trust election for trust loss measures.

And then there are unit trusts. We saved this one to last since it is complicated and a long story, so we gave it its own space – Unit Trust

To deduct a current or prior year loss, the trust needs to pass certain tests in the trust loss provisions in Schedule 2F.

They all have the same purpose. To ensure that only the trust who incurred the loss gets to deduct the loss and not somebody else. For a widely held trust there is one more (same business test).

Now imagine you have a trust with a huge loss and you can’t see the trust making a profit any time soon. So the loss is just sitting there. Nobody is getting a tax deduction for it at the moment. And you want to change that. How would you go about it?

You could get an outsider to inject income into the trust and then share the benefit of the tax deduction.  You could bring an outsider in to generate a profit within the trust. Or you could sell the trust and the outsider can then use the losses. All good ideas. Except that Schedule 2F blocks every one of these.

When an outsider injects income into a trust to take advantage of the losses, the income injection test in s270-10 disallows the deduction.

This test has a division entirely to itself – Division 270. Which already gives it stand-out status.

The income injection test applies to any trust, fixed, non-fixed, even a family trust, but not an excepted trust. For a family trust this is the only test to pass.

The other three tests for non-fixed trusts all sit in Division 267 side by side. They basically get mentioned in one breath.

s267-20: The trust cannot deduct the tax losses unless it meets…

pattern of distribution, 50% stake test and the control test.

All three tests start with a short note in Division 267 and then each get a subdivision to themselves.

It starts with the pattern of distributions test. Division 267 just says that you need to pass this test if you want to claim a loss.

s267-30 (2): …the trust must pass the pattern of distributions test for the income year.

And then it just says in fine print underneath:

To find out whether the trust passes the pattern of distributions test…, see Subdivision 269-D.

And that subdivision is a story in itself. The pattern of distribution test only applies to non-fixed trusts.

The 50% stake test is set out in s267-40 and more complex. There is the test time and the test period. There is the threshold group and the individuals in that group. And then there is their stake in the income or capital of the trust.

And then again the note in fine print underneath:

To find out whether individuals have more than a 50% stake in the income or capital…, see Subdivision 269-C.

The 50% stake test applies to any trust except family trusts and excepted trusts.

The control test starts with one sentence.

s267-45: A group must not, during the test period, begin to control the trust directly or indirectly.

And then a note in fine print refers to Subdivision 269-E. The control test only applies to non-fixed trusts.

The same business test is outlined in Subdivision 269-F and similar to the non-commercial loss rules in Division 35.

The big question is who has to do what test and when.

An excepted trust doesn’t have to pass any test. A family trust just has to pass the income injection test and none of the test in Subdivision 267.

Without a family trust election a non-fixed trust needs to pass the income injection test, but also the pattern of distribution test, 50% stake test and control test. So the full suit of tests in Subdivision 267.

Who Pays the Income Tax for a Trust