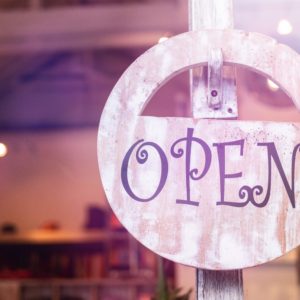 The small business 15-year exemption is the most generous of the four small business CGT concessions. If you qualify for this one, you walk away with the entire capital gain tax-free.

The 15-year exemption lives in Subdivision 152-B. It is quite unique in that it exempts the entire capital gain without any cap. It takes priority over the other three exemptions. And it applies before any capital loss offset.

This is what s152-100 looks like if your CGT event doesn’t involve the sale of a share or trust interest:

“If you are an individual…” Think of sole traders or partners in a partnership – owned the asset for at least 15 years, at least 55 years old, sold to retire. Or permanently incapacitated.

Bob (55 years old) bought his plumbing business as a sole trader in 2010. The previous owner had started the business in 2000.  Bob sells his business in 2020 to retire. Since he owned the business for less than 15 years, Bob doesn’t qualify for the 15-year exemption. If Bob had waited for 5 years, he would have qualified.

Interest in a Company or Trust

If the individual sells a share or a trust interest, the same conditions apply as before. But in addition s152-100(c) wants to see a significant individual.

There are two reasons. The first one is timing. The basic conditions just look at the year of the CGT event. The 15-year exemption looks at the past 15 years.

The second one is that a CGT concession stakeholder is not necessarily a significant individual.

Bob and Sally (both 55 years old) hold 90% and 10% respectively of Bob’s plumbing company since 2000. Sally retires and sells her share. Since she only held 10%, she is not a signficant indvidual. But as Bob’s wife with a small business participation percentage of greater than zero, she is a CGT concession stakeholder.

Section 152-115 provides that the 15-year period will not be interrupted if certain rollovers occur, for example a marriage breakdown, compulsory acquisition, loss or destruction rollover. However, most CGT rollover events will break the 15-year ownership requirement. So check how the asset was acquired.

The 15-year period will be interrupted if any event occurs to change the ownership of the asset during the 15-year period, apart from relationship breakdown, compulsory acquisition, loss or destruction rollover.

In connection with your retirement

Whether a CGT event happens in connection with an individual’s retirement or not is a contentious issue. It depends on each case, and hence there is no black and white answer but a lot of grey.

The ATO wants to see “at least a significant reduction in the number of hours the individual works or a significant change in the nature of their present activities to be regarded as a retirement. However, it isn’t necessary for there to be a permanent and everlasting retirement from the workforce.”

Nick (62) sells his small business. The new owner employs Nick for a few hours each week over two years. The sale of the business is in connection with Nick’s retirement.

Liam (65) runs two laundries. He sells one and reduces his working hours from 60 to 40 hours per week. There is no retirement.

Example 3 – Only One Spouse Retires

Bob and Sally (both 62) run two grocery stores. They sell one. Bob stops working and Sally continues running the second store. The sale is in connection with Bob’s retirement.

Hannah (65) sells some business assets ahead of selling the business 6 months later. If the earlier CGT event was integral to Hannah’s plan to retire, the CGT event may be accepted as happening in connection with retirement.

Peter (68) retires and his children take over the business. They sell some business assets 6 months later.

Here is the ATO on this one, “Several reasons may have prompted the sale of the assets. If there is no relevant connection with the small business operator’s retirement, the requirement would not be satisfied. However, if it can be shown that the reason for the disposal of the assets is connected to retirement and the later sale is integral to the small business operator’s retirement plan, the sale may be accepted as happening in connection with retirement.”

So far we assumed that it is an individual who sells a CGT asset. But what happens when it is a company or trust selling an asset? Can the company or trust apply the 15-year exemption? The answer is yes. Here is s152-110:

The exempt amount may be distributed to any of the CGT concession stakeholders as an exempt amount if the following conditions are satisfied (s 152-125):

So in the example above the company can distribute the amount tax-free to Bob since a CGT concession stakeholder if the distribution is made within two years (or longer if the Commissioner allows it) under s152-125.

The question of a significant individual during the 15-year period is particularly important when reviewing discretionary trusts which have had no taxable income or made a tax loss for particular years of income ( former s152-120).

If a capital gain realised by an entity is eligible for the small business 15-year exemption under Subdiv 152-B, the capital gain is disregarded completely in calculating the taxpayer’s net capital gain under s 102-5. No other concessions will need to be applied against this capital gain as it has been reduced to nil.

The 15-year exemption is treated as a priority concession. If the taxpayer qualifies for this one, it can’t apply the other concessions. But we haven’t seen a taxpayer yet, where this worked to their disadvantage. This exemption means the entire capital gain is tax free. So you don’t need another concession.

While subdivision 152-B is treated as a priority concession where the taxpayer satisfies the relevant elements, the other concession are a matter of choice by a taxpayer.