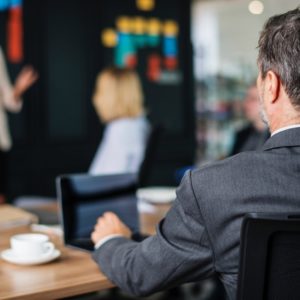 Div 7a is an anti-avoidance provision only applying to private companies and it is probably one of the most common issues we run into when working with private companies. But the devil is in the detail. How does Div 7A actually work?

Without Div 7A there would be no limit to the tax-free distribution of funds and assets from private companies to shareholders. No private company would pay any dividends. And instead just pay the cash via loans that are never paid back.

Div 7A is to avoid this by deeming certain transactions made by certain entities to certain recipients to be a dividend under certain conditions.

So to see whether Div 7A applies we need to check whether the entity, the recipient and the transaction fall under Div 7A. And whether the distributable surplus limits the Div 7A amount.

Does the entity fall under Div 7A?

The very first thing we need to work out is whether Div 7A even applies to the entity we are looking at. If the entity does not fall under Div 7A, then we can stop right here.

# 1   Is the entity a company? Acually or Deemed or Treated Like?

Div 7A can only apply, if the relevant entity is a company or deemed to be or treated like a company for income tax purposes

Is the entity actually a company?

Under income tax law a company is any body corporate and any other unincorporated association or body of persons but does not include a partnership or non-entity joint venture. So income tax law throws a much wider net and goes well beyond just incorporated companies.

As a result, the following entities are companies for income tax purposes but not under the Corporations Act:

Is the entity deemed to be a company?

Division 7A originally only applied to companies, hence did not apply to corporate limited partnerships, since by definition these are not companies by definition.

This has now changed. s 109BB ITAA36 extends Div 7A to closely-held corporate limited partnerships who satisfy the conditions in s 109BB.

Although venture capital limited partnerships are specifically exempt per Div 5A ITAA 36.

Division 7A also originally didn’t apply to corporate unit trusts or public trading trusts. Thanks to Div 6b and 6C these are now treated like companies for income tax purposes.

Does it matter whether an entity is deemed to be a company or is treated like a company? Does this different choice of terminology matter?

Why does it matter whether it is a private or public company? Because Div 7A only applies to private companies.

A company is a public company if its shares (disregard preference shares) are listed on a stock exchange in Australia or elsewhere on the last day of the income year, so usually 30 June.

However, if 20 or less persons hold 75 or more per cent of the company’s capital, voting and dividend rights, then the company is a private company even if listed. This is the so-called 20/75 rule.

So back to our original question: Does the entity fall under Div 7A?

Does the recipient fall under Div 7A?

Div 7A only applies to  transactions between a private company and its shareholders as well as their associates. And it doesn’t matter whether these transactions flow through an interposed entity before reaching a shareholder or associate.

So the crucial question is whether the recipient is a shareholder or their associate.

Under Corporation Law a shareholder is a holder of shares and as such listed on the company’s share registry. So working out whether a recipient is a shareholder should be easy, but sometimes isn’t due to non-share equity.

Div 7A applies to non-share equity interests and equity holders in the same way as it applies to shares and shareholders (s 109 BA ItAA36).

So even if listed on the sh not a shareholder under Corporation Law, a recipient might be one under income tax law due to passing the equity test but failing the debt test. Episode 32

Does the transaction fall under Div 7A?

Div 7A only applies to the following transactions. The company either directly or through an interposed entity like a family trust,

Any transaction that meets one of these criteria is a Div 7A transaction.

Did the transaction occur after 4 December 1997?

Div 7A only applies to transactions after 4 December 1997, but that is over 20 years ago, so rarely relevant.

Does the Distributable Surplus limit the Div 7A amount?

To see whether s 109Y limits the application of Div 7A, you need to ask:

Section 109Y stipulates that only an amount up to or equal to the distributable surplus is treated as a deemed dividend under Div 7A.