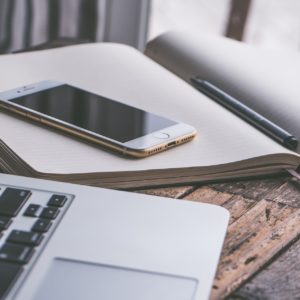 ATO penalties and interest are some of the Commissioner’s powers to keep taxpayers in line.

The Commissioner has the power to levy administrative penalties against us as taxpayers. And the Commissioner can do that whenever we don’t effectively discharge our obligations under relevant taxation legislation.

Subdivision 284-B of Schedule 1 to the Tax Administration Act (TAA) sets out the process for applying administrative penalties in relation to statements.

Taxpayers may receive a penalty where they make a false or misleading statement to the Commissioner. “False and misleading” is deliberately broad.

s 284-75 (5) of Schedule 1 to the TAA excuses taxpayers from penalties where they have taken reasonable care in relation to the statement made.

The threshold for reasonable care is subjective and is dependent on the facts of the taxpayer. In this regard, ordinary taxpayers receive a lower threshold. And tax professionals (including lawyers, accountants and tax agents) and large tax paying entities.

You can significantly reduce the penalty amount through early voluntary disclosure. This reduction comes through ss284-225 (3) of Schedule 1 of the TAA. It provides for an 80% reduction in the base penalty amount for taxpayers who voluntarily disclose a shortfall to the Commissioner. However, that disclosure must happen before the Commissioner informs the taxpayer about the imminent start of a review or audit. The shortfall amount must be $1000 or more for this concession to apply.

Where a taxpayer receives a notice of an intention to commence a review or audit and voluntarily discloses to the Commissioner a shortfall prior to the actual commencement of the review or audit, subs 284-225(1) of Schedule 1 to the TAA provides for a 20% reduction in the base penalty amount.

Failure to lodge on time

When you don’t lodge an approved form by the due date, an administrative penalty can apply. The Commissioner can levy this penalty under Div 286 of Schedule 1 of the TAA. Examples of an approved form are an income tax return or an activity statement.

In addition to any penalties there is interest. And the interest can be significant, sometimes higher than the actual penalty.

Both for SIC and GIC, the base interest rate is referrable to the average yield of a 90-day bank bill. As published by the Reserve Bank of Australia (RBA).

The shortfall interest charge (SIC) only applies when there has been an amendment. So it is less common than the GIC. But for that SIC is significantly lower than GIC. SIC is payable in respect of overdue amounts in relation to an amendment.

Section 280-105 of Schedule 1 to the TAA sets the SIC rate at 3% plus the base interest rate. SIC is calculated on a daily basis. It is calculated for each day in between the date the original assessment was due and the date of the amendment. Different to GIC, SIC is not compounded.

The general interest charge (GIC) is the more common interest charge. It is payable in respect of overdue amounts, excluding cases where SIC is alternatively payable.

The relevant legislation is silent as to which circumstances the Commissioner should consider in determining whether penalties and interest should be remitted.

PS LA 2012/5 sets out the Commissioner’s directive to ATO officers in making determinations to remit penalties. In this regard, the Commissioner considers the following factors:

“… the purpose of the penalty regime is to encourage entities to take reasonable care in complying with their tax obligations. Where the entity has made a genuine attempt to report correctly, it will generally be the case that no penalty applies because of the exercise of reasonable care, safe harbour or because the law was applied in the accepted way…

… remission decisions need to consider that a major objective of the penalty regime is to promote consistent treatment by reference to specified rates of penalty. That objective would be compromised if the penalties imposed at the rates specified in the law were remitted without just cause, arbitrarily or as a matter of course.