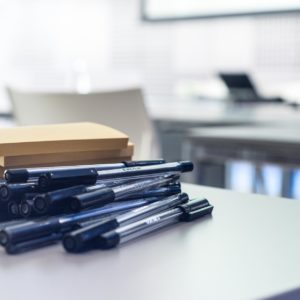 Tax rulings form an important part of Australia’s tax framework. They plug the holes that our tax laws leave behind.

Tax rulings are to remove uncertainty within our taxation laws. Only the Commissioner can issue a ruling.

Taxpayers who rely on tax rulings receive particular rights. They receive penalty protection. And when the Commissioner alters a ruling, it can’t increase the taxpayer’s obligation.

There are three different types of rulings. And each has its own division  in Schedule 1 of the Taxation Administration Act 1999 (TAA).

The common rules for tax rulings live in Division 357.

The Commissioner publicly issues public rulings. They can take on a number of forms. The most common ones are Taxation Ruling (TR), Taxation Determination (TD), Class Ruling (CR) and Product Ruling (PR).

Taxpayers can’t object against a public ruling. But when a taxpayer disagrees with a public ruling and wants to take steps against this ruling, there are ways to do that.

To avoid exposure to penalties for the failure to take reasonable care, a taxpayer can apply for a private ruling on the same matter. And then subsequently object against this private ruling.

Or a taxpayer can prepare a return in accordance with the public ruling and then object against the assessment.

Where a scheme is not implemented in the manner as set out in the private ruling request, the ruling will not constitute a private ruling and cannot be relied upon. The decision in Mount Pritchard & District Community Club Ltd v FCT (2011) 196 FCR 549;[2011] FCAFC 129 confirmed this approach.

Where the implementation of a scheme differs from the facts set out in a private ruling requests, it is advisable to apply for a new private ruling on the basis of the facts as they now stand.

To assist individuals with relatively simple tax affairs the Commissioner might provide advice verbally. Taxpayers apply for oral rulings verbally and receive a verbal response. No written answer is provided with respect to oral rulings. A request for an oral ruling can be refused where the Commissioner considers the advice sought relates to a business or complex matter.

Section 357-55 of Schedule 1 to the TAA lists the areas that allow a tax ruling.

Section 357-60 of Schedule 1 to the TAA states that a ruling binds the Commissioner where a ruling applies to a certain taxpayer. And the taxpayer relies upon the ruling by acting (or omitting to act) in accordance with the ruling.

A taxpayer need not be aware of a ruling’s existence for it to be binding on the Commissioner.

Section 357-65 of Schedule 1 to the TAA states a taxpayer may cease to rely upon a ruling at any time by ceasing to act (or omitting to act) in a manner contrary to the ruling.

A taxpayer may choose to resume relying upon a ruling any time, unless prevented by time limits.

There are penalties for failing to follow a ruling.

However, the Commissioner may consider the ignorance of a ruling as a failure to take reasonable care.

When two rulings are inconsistent, s 357-75 of Schedule 1 to the TAA applies a tiebreaker. This tiebreaker does not apply to indirect tax or excise rulings, but to all other rulings.

If the earlier ruling is a public ruling, the taxpayer can rely upon either ruling.

When the later ruling is a public ruling, then everything depends on timing. If the relevant year or particular scheme had already started when the later public ruling was issued, then the taxpayer can rely on either ruling.

If the relevant year or particular scheme hadn’t started yet when the public ruling was made, then the earlier ruling is treated as not having been made. So the later ruling applies.