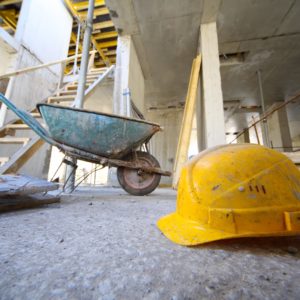 Div 40 is about the deprecation of plant and equipment.

In 2017 the deductions coming through Div 40 were significantly curtailed but they are still better than nothing.

Division 40 is about the depreciation of depreciating assets and other capital expenditure.

It provides standardised rules for claiming specific deductions for certain types of capital expenditure. Depending on the type of expenditure you can achieve this either by claiming an immediate deduction. Or by deducting it over a period of time.

There are various terms used for all this. Div 40 doesn’t actually use the term depreciation as such. It talks about deductions.

Whether a composite item is itself a depreciating asset, or whether its components are separate depreciating assets, is a question of fact and degree in the circumstances (see examples under s 40-30(4) ITAA97; and Draft TR2017/D)

Broadly, the effective life of a depreciating asset is the period you can use it to produce income.

The decline in value is based on the cost and effective life of the depreciating asset, not its actual change in value.

You can no longer depreciate previously used plant and equipment in rental premises used for residential accommodation.

But if you purchase new plant and equipment, you can claim a deduction over the effective life of the asset.

The changes do not affect deductions that arise in the course of carrying on a business. The also don’t affect or for corporate tax entities, superannuation plans other than self-managed superannuation funds, public unit trusts, managed investment trusts and unit trusts or partnerships whose members are the above listed entities.

And if you only hold an asset for part of a year, then you pro rata the deprecation for that year. You mulitply the depreciation for the full year with the quota of days held (Days Held/ 365).

The diminishing value method lives in s 40-70 ITAA 97. The formula for any depreciating assets held after 9 May 2006 is:

The concept of base value is defined in s 40-70(1). An asset starts to decline when its “start time” occurs. This is when the taxpayer first uses the asset, or has it installed ready for use, for any purpose (s40-60).

Under the capital allowance rules, you are allowed to either self-assess the effective life of an asset by making your own estimate of the number of years the asset can be used for taxable purpose (including wear and tear factors).

Or you can use the Commissioner’s effective life rate as listed in the relevant taxation ruling for that year.

Subdivision 40-C ITAA97 provides that the cost of a depreciating asset includes both expenses you incur to start holding the asset, and additional expenses that contribute to its present condition and location, for example improvements.

The cost of a depreciating asset consists of two elements – first and second element costs.

First elements costs are expenses to hold the asset s40-180 ITAA97. They are amounts paid that are directly connected with holding the asset.

Second elements costs are expenses after the taxpayer starts to hold the asset that bring the asset to its condition and location from time to time s 40-190 ITAA97. An example are capital improvement costs. They also include expenditure incurred that is reasonably attributable to a balancing adjustment event

The following table summarises the amounts that are included and excluded from the cost of depreciating asset:

The cost of a depreciating asset generally consists of amounts a taxpayer has paid, or is taken to have paid, in relation to the asset (s 40-180 and s 40-190).

These amounts include non-cash benefits that a taxpayer has provided.  s 40-185(1) ITAA97 lists some examples.

In certain circumstances, the cost will instead be a particular amount attributed under the cost rules rather than the amount actually paid. An example would be when a taxpayer becomes a holder under a luxury car lease.

Not Included in Cost

The cost of a depreciating asset does not include GST input credits and decreasing adjustments, amounts deductible outside Div40 and expenses not of a capital nature (s 40-220 ITAA97).

They also don’t include amounts deductible for expenditure on mining, quarrying or prospecting information and amounts incurred before 1 July 2001 (or under a contract entered into before that date) on a depreciating asset that is not plant (s 40-210 ITAA97).

The first element of cost of a car is increased by a part of any discount that relates to the disposal of another depreciating asset for less than market value s 40-320 ITAA97. The car limit changes on a regular basis but is $57,581 for 2018/19.

The law relating to balancing adjustments under the UCA is outlined in Subdiv 40-D.

An amount is included in assessable income when the termination value (sales price) of a depreciating asset is more than  its adjustable value (written down value) (s40-285(1)).

An amount is deducted from assessable income when the termination value of a depreciating asset is less than its adjustable value (written down value) (s 40-285(2)).

There is a reduction to the amount included in or deducted from assessable income in proportion to the extent of the private use of the depreciating asset (s 40-290).

The termination value of a depreciating asset is worked out using the table in s 40-300. It generally includes the amounts that a taxpayer received (or was taken to have received) in relation to the asset. This includes any money and non-cash benefits received by the taxpayer.

An amount received for two or more things will be apportioned between the termination value of the depreciating asset and those other things.

The termination value does not include expenses relating to balancing adjustments.

Bob sells a computer. The termination vale of the computer is $600 and its cost is $1000. Bob used the computer 40% for private purposes. At the time of its sale, the computer adjustable value is $700. Bob can claim a deduction of $60 for the reduced balancing adjustment (60%, the taxable purpose proportion, of $700, less $600)

You adjust the termination value of a car per s 40-325 where the car limit applies. And you increase it by any discount that relates to the disposal of another depreciating asset for less than market value.

The UCA provision sometimes allow a taxpayer to claim an immediate deduction for capital expenditure, rather than depreciating it.

The UCA provisions in Subdiv 40-H provide an immediate deduction for certain capital expenditure on:

In addition, the primary production rules outline some circumstances in which primary producers can claim immediate deductions under the UCA provisions, rather than depreciating the capital expenditure (eg capital costs incurred on certain landcare operations).

The $100 threshold reflects the reality that expenditure covered by the rule is likely to be revenue in nature and that further inquiries into whether  the expenditure is truly revenue or capital in nature is likely to involve substantial cost without materially changing the outcome.

Jan buys four matching chairs for the dining table in her rental property. Each chair costs $150. Jan cannot claim an immediate deduction for the cost of each individual chair because they are substantially identical and their cost exceeds $300.

Paula, a primary school teacher, is buying a series of story books costing $65 each. The books come in labelled volumes of 1-10 but she buys one volume every month during the school year. Although Paula only receives five volumes before 30 Jun, she cannot claim an immediate deduction for any of these books because they form a set and the total cost is more than $300.

Taxpayers, other than small business taxpayers who choose to use the simplified capital allowances regime, may choose to allocate to a low-value pool the following assets:

Broadly, you work out the decline in value for assets in the low-value pool on a diminishing value basis as if all the pooled assets had an effective life of four years (37.5%).

If you start to pool low-cost assets, you must do so for all such assets of that year. And you must also do that for future years.

You can also choose to add assets that have declined to less than $1,000 under the diminishing value method.

If you sell a pool asset during the year, you deduct the sale price from the closing pool balance.